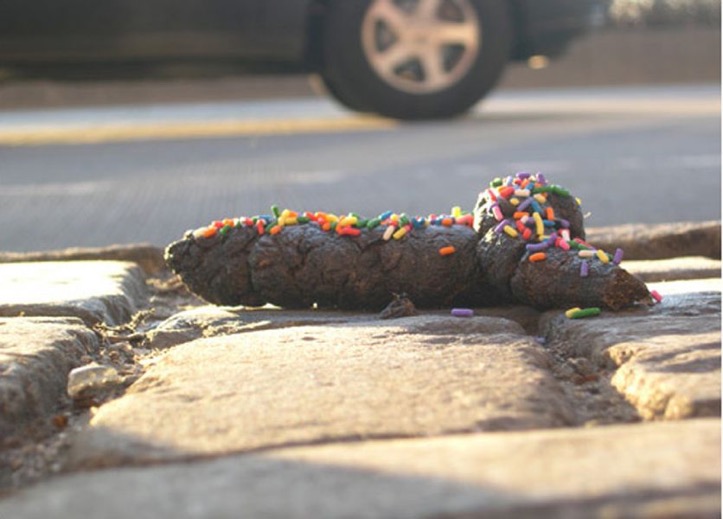 I’m often reminded of Tim Kastelle’s post We Don’t Need More Mousetraps!. It’s a great post on the trap of building policy for innovation ecosystems and the importance of building things people want.

The post talks about a fictional country that only makes mousetraps called Mousetrapia. Thanks to their superior education system, Mousetrapians are the absolute best in the world at innovating and building better mousetraps. Academics produce world-leading research on mousetraps and the government funds a mousetrap accelerator – which produces IoT mousetraps and an ‘Uber for mousetraps’.

Of course, that might rate well on some metrics (patents, research, startup accelerators, ‘innovation ecosystem’) – but Mousetrapia’s problem is that nobody is buying their fancy mousetraps.

As I keep telling founders (and myself), you can build amazing technology, but if nobody wants to buy it or use it, you’ve built a lovely technology turd.

The technology might be designed from the start to scale to millions of users, or maybe it solves an insanely (technically) difficult problem using a new approach that took you years to perfect.

But if nobody wants it, you don’t have a startup, you have a turd.

Sometimes, you can work really hard on your turd, maybe pivot it a bit or raise a round of money and hire a gun sales or marketing person (or ‘growth hacker’ but they are probably even more useless).

Your metrics might improve a bit. Through enough PR, sales and marketing at anything and you’ll get some signups, some traffic or a few demos.

But you’ve just added sprinkles to your turd: it’s still a turd underneath.

Customers or users will eventually notice, and jump ship. Maybe someone else solved the actual underlying problem, or maybe you have just made a sprinkly gourmet turd that ultimately very few people feel they need in their life.

Startups need to build shit that people want. The best startups will have people bashing down your door trying to use the product, no matter how crap it is.

There is always a way to measure consumer demand. Sometimes it’s direct – you can call them up, focus group them, ‘growth hack’ them to a landing page, however you want. And you can ask them if they’d use it, or see if they’d click a buy button. Other times you need to look at indirect measures: what are the macro trends? Perhaps there’s a proxy you can measure like dissatisfaction with a particular existing product or service.

The best book I’ve read on measurement is How to Measure Anything. If you want to get super nerdy, get a copy and have a read. It acknowledges the inherent limitation that it is pretty much impossible (or at least impossibly expensive) to know something at a 100% confidence, but you only need to measure enough to get to the confidence you need to make the decision.

“Lean startup”1Does that really mean anything anymore? Petition to add ‘lean startup’ to the list of words like ‘agile’ that are used so frequently in so many different ways that they have lost all semblance of meaning… approaches encourage you to do a lot of customer development – the ‘talking to customers’ bit. Which is great, and you should!

The best way to talk to customers is people who use your crappy, dodgy, sticky-tape-and-glue, Wizard-of-Oz2I’ve seen some pretty impressive wizard of oz startups in my time, you can go a long way without customers knowing that you’re the (wo)man behind the curtain. MVP.

It might have a 80% uptime and require you to continually reboot servers to keep it alive, or take god awfully long to do something that you’re aiming to get to 5 minutes. That’s fine – every business targeting a large enough market with a significant enough problem will have at least 5% of people who will readily put up with crappyness in the understanding it’s an early product.

Throughout the earliest days of a startup3Realistically throughout it’s life, but particularly in the early days., you need to stay as close to customers as possible. Don’t have an outsourced team of 10 customer support team members – answer them all yourself. It’ll be time consuming and occasionally mind-bending, but my experience is that the more time you spend reading and responding to customer problems, the better you’ll understand the problems they experience.

Investors want to see signs of traction at every stage of a startup’s life. Those signs will differ based on where you are in the business’ lifecycle, but make sure you are measuring traction – and whether people want what you’re building.

In my experience (mostly B2B business models), the best form of traction is revenue. People rarely4Not never of course. pay for things that they don’t need, and combined with churn (how many people cancel), you can work out if the revenue is just high churn revenue where people trial something for a month then dump it or actually pay for it on an ongoing basis.

As Tren Griffin put it:

If a business does not make a product or service that customers are willing to pay money for, nothing else matters.

So the faster you can get to revenue, the better. Work out how your MVP can be distilled down far enough that your target customer base will pay for it, even if just $5 a month. Launch the additional features and focus on expansion revenue (get more money from existing customers for new features/tools) later on. But get those early dollars in the bank, the cards vaulted in your merchant account, and ensure customers keep coming back.

After you’ve built the product to have enough value that customers will come and pay for it, and then stick around (ie they are paying and not just churning like all hell), that is when you go and play in the world of growth. A focus on CAC5CAC = Customer acquisition cost, the amount it costs you (in advertising, people hours, rebates etc) to acquire a new customer. is a waste of time if the product is crap and they aren’t going to keep using it. With shiny enough marketing, you can definitely sell a sprinkly turd, but it’s a very hard proposition to keep customers after they realise6Of course, some businesses like IBM or Oracle could arguably have made a killing from doing so, but that’s what happens when you have massive highly skilled sales teams and a lot of low-risk-appetite enterprise customers….

I wrote about my experience doing this back in 2014, 5 months after launching Schedugram. Back then, the product wasn’t nearly as stable as it was now. But we had customers paying every month, and giving us a ton of feedback on how to improve. Some people complained, and if the level of stability we had wasn’t enough for them, I refunded them (of course) and then touched base a few months after things had improved. There is always time, and the nice thing about our experience back then was that the problem was massive and we were early to market – which meant there weren’t a ton of alternatives to rush to.

Try not to build yourself an elaborate sprinkled turd. And if you have one, be prepared to sweep the whole thing into the bin and start again.