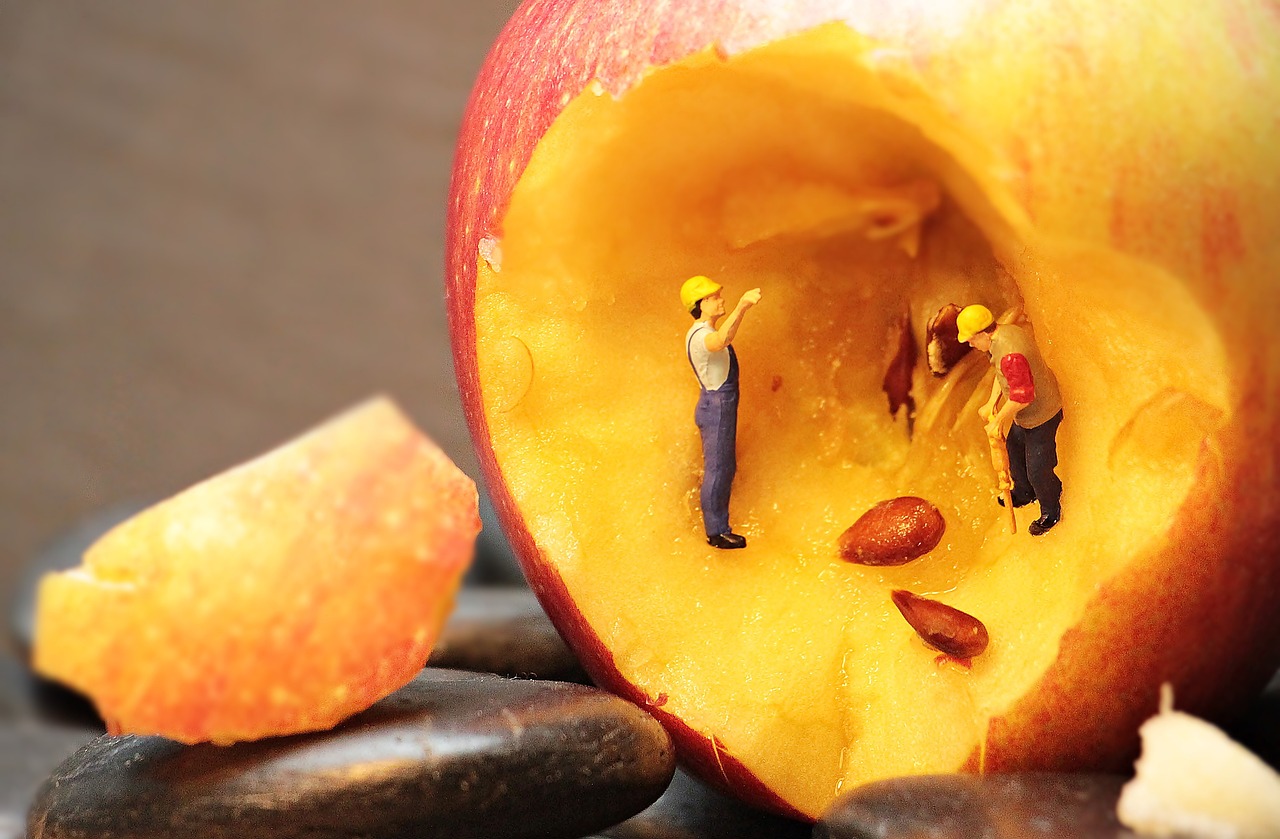 One of the sayings I feel I have to tell young founders over and over again is that you should never outsource core competencies.

It’s tempting for a person who becomes passionate about an idea but can’t actually execute on it (e.g. all “non-tech” solo founders wanting to start a company requiring tech) to just outsource that bit of the stack. After all, you outsource things like design at the start, right?

If your company was centred on design – it was vitally important to your success, and without amazing design it’d fail – you shouldn’t outsource it. In the case of design, most1If not all, but I don’t want to be too mean here – people suggest Slack as an example of design leading to value, but I’m not as convinced that was the reason behind their success. tech companies aren’t predicated on it.

Look back at the first version of Schedugram. Here was the public site, which we kept for probably the first whole 1.5 years of the product: 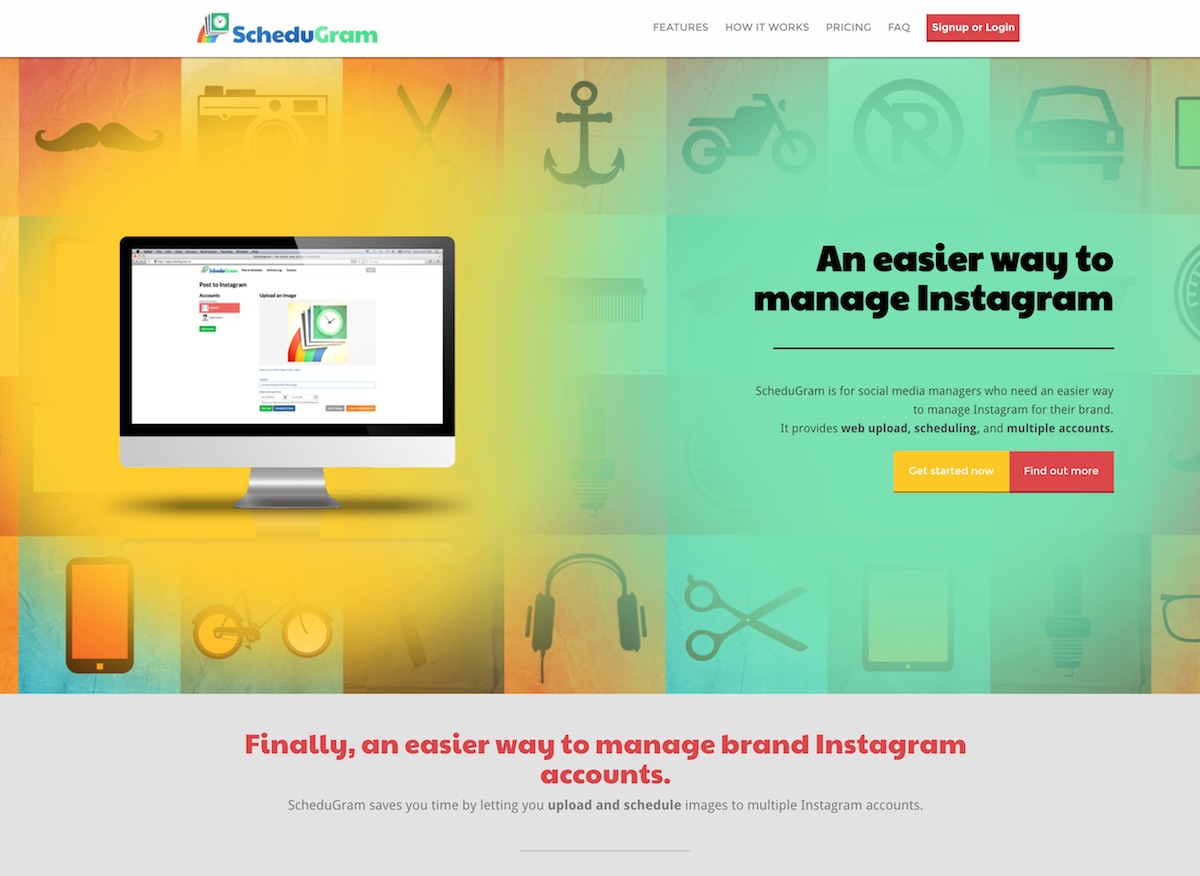 It was insanely ugly. The interface was also garbage in terms of design, UX, UI, uptime, you name it. Customers bought the product because they were so desperate, and had such a strong pain point, that none of that mattered at all. None.

But I digress – design wasn’t really important for Schedugram for quite a long time.

There are some companies that people consider ‘tech’ that don’t have technology as a core competency. A good example is ‘vanilla eCommerce’ – sure, eCommerce is something that involves technology, but it is a playbook well solved by many existing solutions. You aren’t usually breaking any kind of new ground, and you can just get Magento/BigCommerce/Shopify/etc straight off the shelf. The core competency there is usually product selection and marketing.

Vinomofo is a good example of this in action – it’s a single vertical eCommerce play. What makes them different is their marketing approach, and to a lesser degree, the types of products within the vertical that they choose to sell. But it’s not a tech company any more than Myer or DJs are.

But there are other companies that do have a core of technology. If you want to build a machine learning software startup, you’d better be building that in-house. If you’re building a marketplace that has some complexity, build it in-house.

A lot of founders get tempted by the startup shops (rebadged IT development companies, sometimes “digital agencies” branching into another vertical) who offer to build your product for you.

Don’t say yes. Never let someone else build the core of your company for you.

This is where I agree with the ethos of sole founders being bad – the team has to be able to execute internally, and that means having someone sufficiently technical who can manage the process. When you create your MVP, you might be using contractors (or even an agency!), but you need to have someone in-house (co-founder or employee) who is sufficiently technical that they can manage the process, and ensure you don’t get ripped off.

A lot of investors (including me) will refuse2Pretty much, although never say never. to fund a startup who has gone to one of the dev shops to build their product. Not only is it a sign that you can’t execute independently (agencies make money when you are dependent on them after all), it also means that you don’t have enough hustle to find your own tech person/people.

I would love to see these dev shops pushed out of business, or moved further up the stack building things like apps for insurance companies (you’ll notice insurance companies may outsource some technology, but not insurance decisionmaking – tech isn’t a core competency for most of them!).

Too many founders are being distracted by the glitz and glam of these companies, who sometimes come with slick sales pitches, and ultimately no value is created.

Are you a solo non-technical founder-to-be? Awesome, go and find a tech person to execute your idea with. They will give you additional insights on your idea, show investors that you can execute on your idea, and be a partner for you as the company grows.

There’s another whole post in my advice to non-tech founders, but in short, if you want to run a tech company, learn enough software development to understand what goes on (regardless of your co-founder’s abilities – speaking one language helps a lot).

There are 10,000 people out looking for tech co-founders – you see them all the time in startup groups. But the best situations aren’t where you are putting out a job ad for someone to c0-found your company to get 5% of sweat equity3Sweat equity means you aren’t paying them any substantial money, you’re ‘paying them in equity’. A tech co-founder typically has 50%, and the ‘business’ cofounder has 50%. It aligns incentives well., it’s where you meet someone who is also passionate about the space you’re working in, and who wants to work with you.

Go to startup conferences, developer meetups, or even learn to code yourself (it’ll help you with understanding the lingo at a minimum, or maybe you can build your own MVP).

But if tech is a core competency, never outsource it.