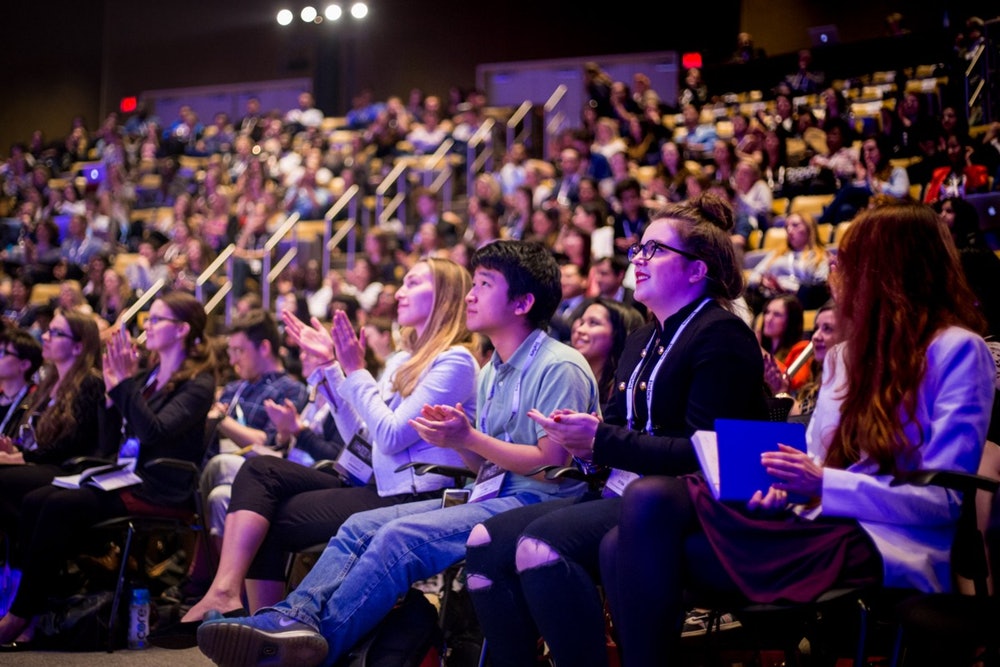 This last week I’ve been in Boston for the Forbes 30 Under 30 conference. I went to the regional Asia version a few months back, and had a great time so figured I’d head to the ‘global’ edition, which attracts some 3-4,000 people.

Below are some of my observations, both from the conference itself and just generally. I have numbered them, but dunno why.

1/ The states is a weird country, and it’s always fascinating to see how it works day-to-day, and talk to some of the locals. I really should do the same kind of thing in China.

2/ The scale of anything in the US is beyond our perception.

3/ It’s far easier to build a niche (‘nitch’ as it’s pronounced here) product servicing a local market if you’re in the US (or China) than ANZ. From a local perspective, companies focussed on Australia and New Zealand only are going to have an extremely hard time.

4/ Australia needs to get more real about our startup and business sector. It’s pretty woeful on the whole (with some exceptions!). I include myself in this, and hope to be part of changing that.

5/ People love Australians, and we’re usually the party animals (for better or worse). You can’t go anywhere in the world without meeting other Aussies, and inevitably spend disproportionate amounts of time with them.

6/ There are weird monopolies in different places here. For example, banking isn’t nearly as concentrated, but it was rare to see any small- to mid-size retail or hospitality business that didn’t use Square as their POS system. Very rare.

7/ Americans have no clue about the startup scene in Australia, and don’t really have much desire to learn. They’d rather focus on a generic ‘global market’ (in eCommerce for example) or bigger markets that are easier to service (e.g. Europe/China).

8/ Internationally, nobody gives a shit about the tech scene in Melbourne vs Sydney vs Brisbane. The faster our governments will realise that and create Australia as a unified ‘startup market’, the better we will be able to compete on a global stage with our tiny population.

On the people I met at Forbes

10/ I spend too much time in the tech startup filter bubble. Meeting people doing things in other bizarre spaces well outside tech lets you discover the common difficulties and principles that you can take back to your space.

11/ A lot of people seem to have done a CPG/FMCG play (consumer packaged goods / fast moving consumer goods – think “stuff you buy in a supermarket”), but every single one tells you that you’re stupid as hell to try.

12/ Australia is a confident place on the whole, but US founders seem to often be Elon-Musk-like blind optimists/evangelists who are continually drunk on the Kool-Aid. This may be a good or bad thing.

13/ By default, most of the Australians I was with significantly downplayed what they did compared to the Americans. I was fascinated to discover the level of success people were having, while describing what they did as just ‘a little thing on the side’ (etc). Combined with (12), this can sometimes come across very poorly (arrogant, dismissive).

14/ A few of the founders I met had that degree of insane intensity and laser-like focus that was sometimes very hard to relate to. At the right stages and times, I’m sure it’s very helpful, but also important to be self-aware enough of the lens you observe society through.

15/ People here thought at frankly a totally different scale. It’s the “rocket ships vs niche marketplaces” conundrum – many people I met had ambition to build big things rather than just squeeze out some profits. The game in the US is to go big or go home, while in Australia the concept of “big” is often severely limited.

16/ You can succeed in a space that you have passion about, but it does still need to be a large enough market. Focussing only on one will make you fail, but sometimes you can start with one and see if the other changes (e.g. thinking it’s a small market, but you ride the market up or create a new category).

17/ There’s strong selection bias (30 under 30), but other countries don’t seem to have the same belief that young people can’t build globally significant businesses that many Australian investors have. Perhaps this is because they have more success stories (?) but we need to do a better job.

18/ Forbes does programming extremely well, and pulled a lot of extremely high calibre speakers. I haven’t (yet!) been to a conference like this in Australia.

19/ The ‘fireside chat’ style of speaking is very popular, but needs to be facilitated well. Fireside chats that tread around hard questions are a waste of time.

19/ WeWork founder/CEO Adam Neumann demonstrated Musk-like capacity to ignore any question about the company’s crazy valuation, instead talking about how its value was driven exclusively by culture, which seemed very weird.

20/ John Sculley (ex Apple CEO) had some great insights about when to bring in ‘the professionals’ vs founder control. Said that they did it wrong at Apple (he was CEO while Jobs was still there) but Facebook got it right with Zuck CEO / Sandberg COO.

21/ Ashton Kutcher is a hell of a lot smarter than I would have otherwise given him credit for. He sat on a pitching panel, and asked some of the most insightful questions alongside some great career VCs.

22/ Pitching ‘Theranos that works, also I used to work at Theranos’ is a very hard pitch for anyone to swallow, and for good reason.

23/ Ray Dalio (founder Bridgewater Associates) is a very smart guy, and you should read his book. Equally, people on book tours answer the same questions over and over again, and it usually is the same as what they have written in the book.

24/ IEX is a good example of a business operating at an insane scale we don’t see in ANZ: they have captured just 2.3% of the share trading market (made up mostly of NSADAQ and NYSE), but that’s 2.3% of a huge market. Definitely long IEX.

25/ Kendrick Lamar (musician/rapper/record label dude) and Jake Paul (YouTube celebrity) are strangely similar in that they understand how to monetise an audience, despite both having very different audiences and routes to market.

26/ I will never understand the world of dating apps.

27/ Everyone has an opinion about how to solve the ‘women in tech’ problem, but not that many seem to be questioning about whether we are solving the right problem to begin with.

28/ John Chambers (took Cisco from $1.2b to $42b in sales as CEO) is very passionate about his third stage of life (reference to Dalio’s book). He also gets where the world is going.

29/ Hedge fund managers seem to have a crisis of conscience later in life, and then decry everything they did in the past as penance. Others step in to do the same things they used to in the meantime.

30/ Sports in the US and Europe are also at a scale we can’t understand in Australia. Totally insane scale.

31/ It’s all about people. The people I met made me want to do better, in work and in life. I need to work harder at surrounding myself with people who challenge me to do better (implicitly or explicitly).

32/ You need to regularly surround yourself with people smarter and more successful than you in order to be challenged to go ‘up and to the right’. It’s very easy to forget to do this or slip into a stream of being the ‘smartest person in the room’ (extremely relatively speaking there…).

33/ There isn’t anything wrong with someone who wants to coast along in life (e.g. working for a big bank in middle management). However, they will never understand people who are passionate about creating significant companies/charities/movements.

34/ As companies get to later and later stages, and you mix with people from a large range of industries, it becomes increasingly obvious that raising money for a company is not a success metric. Traction and profit are.

35/ A lot of Australians seem to think that business is some kind of ecosystem collaboration let’s-all-be-friends thing. Americans seem to not have this approach, and (correctly) operate on being friendly enough, but want to destroy the competition, not work with it. That drive to win is (IMO) lacking in Australia, where we just want everyone to succeed.

36/ The problem I often struggle with (trying to disassociate ‘business success’ from ‘personal success’, given co-correlation is not that high and business success can be very volatile) is a common problem among founders. Nobody knows how to really solve it though.

37/ Going to a conference like this is an emotional rollercoaster. You simultaneously feel like you’re achieving a lot, but also nothing at all. The come down afterwards is pretty extreme, so expect to spend a lot of time thinking about your work and life. (hat tip to Lindsay who mentioned the roller coaster part to me the day after the conference!)

(image pilfered from the Forbes site)