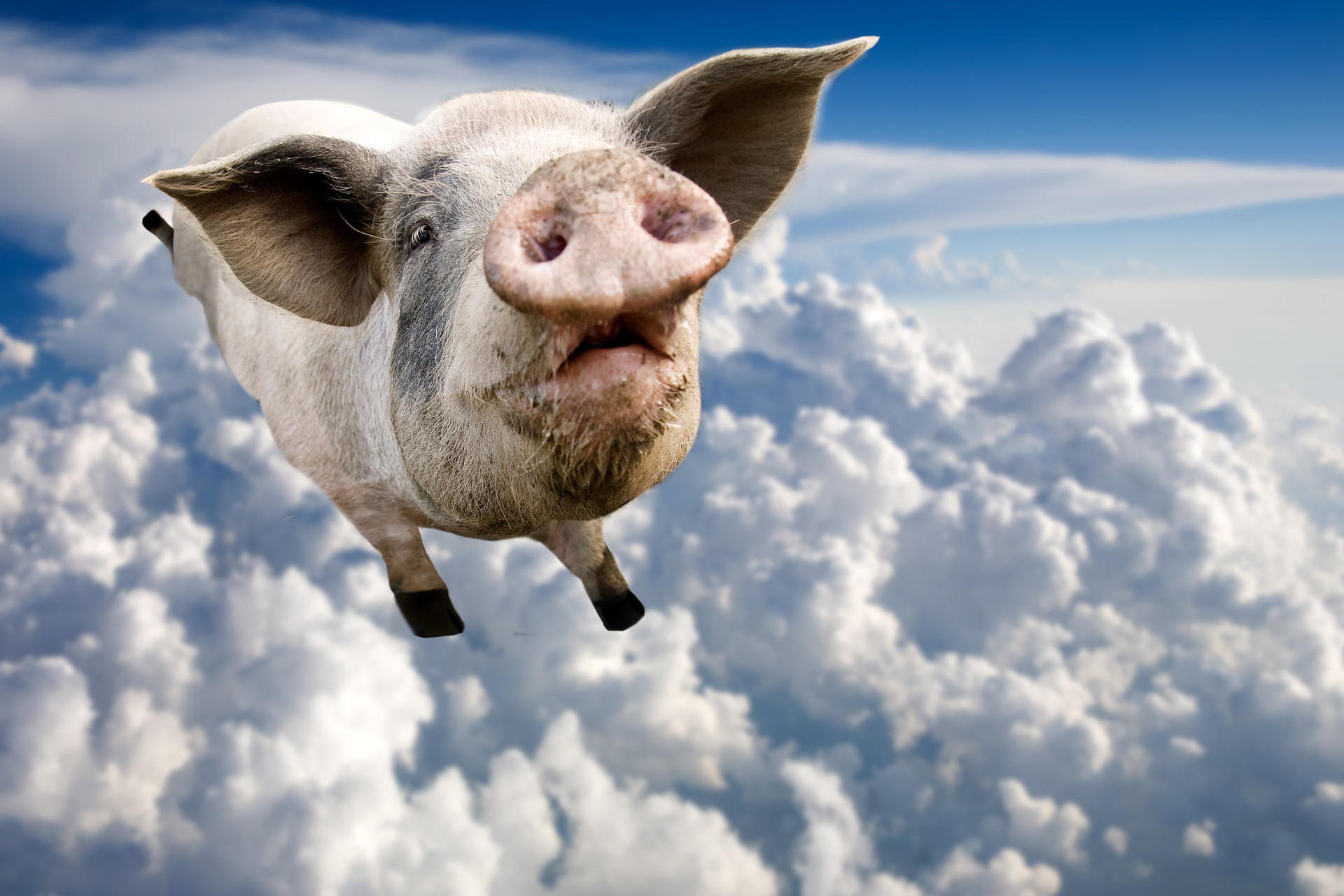 Or what the social media “experts”, “ninjas” or “mavens” don’t tell you.

If this is all too long for you, make sure you stick around until the “Top 10 secrets you’d normally pay to hear” at the end.

What’s with all the experts?

I’m going to start by embracing how much of a hypocrite I am by writing this: I’m often described as (and describe myself as) a ‘social media expert’ (none of that ‘ninja’ nonsense for me). I’ve been calling myself one for about 4 years now, so I’ve watched the explosion in the number of people claiming to be experts in the field with great interest. And unlike many of the recommended strategies for creating a ‘million dollar personal brand’, I haven’t written a self-published ‘bestseller’ book yet. That’s in the pipeline of course.

Now part of it is that there’s dollars to be made in social media. Full disclaimer, I run a consulting company that specialises in it. There are a lot of people (/companies) scared, confused, or who just can’t be bothered with social media. Some are simply too technologically inept to understand it.

But something I’ve always hated about the ‘social media expert’ field is our capacity to sell it. We sell social media like it’ll solve world poverty, educate every non-educated person to believe in your perspective, generate millions of desperate customers with their credit cards at the ready, or generate so much ‘engagement’ you’ll want to start a bridal registry.

I’ve certainly been guilty of this, although I hope a bit less than many of the people within the field. Every time you hear about the 1+ billion consumers on Facebook, that 2 people join LinkedIn every second, or how many hours of YouTube content are uploaded every minute (currently around 100) — it’s the echo chamber in effect.

[Edit: when writing this, a remarkably relevant ad from our Facebook overlords appeared in my news feed:]

The echo chamber in full effect.

What is this mysterious echo chamber?

So advertising, marketing and PR have long had a history of living in an echo chamber. We celebrate campaigns that are ‘innovative’, ‘creative’ or ‘cut-through’, often without much indication that the campaigns were actually effective. Remember that the purpose of advertising/marketing/PR is, to simplify, sell more stuff. That stuff includes products, services, points of view, behaviours and more. But we celebrate things anyway, based on the number of YouTube views, Likes, Shares, ‘impressions’ (gah!), or replies they have received.

And most people in the public (i.e. our ‘target audience’) just shrug their shoulders when asked about a campaign and might say “oh yeah, I remember seeing an ad about that at some point,” often with little recall about what the ad was about, for, or contained (case in point: the ‘big beer ad’ — “oh yeah, I remember that ad with people running around. It was for a beer, right?” Never mind which one it was.).

But instead, we give out awards galore (because that’s all that matters to many agencies) and pat each other on the back for valiant campaigns. I have so much respect for Coles’ Chief Marketing Officer Simon McDowles, who said recently:

I’m not particularly interested in anything that resonates with the advertising industry.

And he’s absolutely correct. In that brief article, McDowles points out the one metric that really matters:

We have more customers spending more money at Coles than we ever had in our history.

Which is the ultimate purpose of all of the advertising uniques we buy, the campaigns we execute, the ‘creative’ we create, and Likes we game for on Facebook. Perhaps McDowles is indicating that ‘adland’ has lost sight of its original values, now obsessed with awards and echo chamber praise rather than driving outcomes.

So what does this have to do with social media?

The echo chamber isn’t a unique thing, and I can’t really talk with much insight into the echo chamber’s role in TV advertising or outdoor. But I can definitely talk about its role in social media (or ‘social’ as we like to abbreviate it).

But social media is so far from the silver bullet it’s being sold as: by the experts, by the media, by the marketers, by the agencies. What do most people use social media for? Here’s a summarised list with some examples.

You’ll notice something that is missing from the above list — ‘Engaging with brands/companies/governments/not-for-profits’. People don’t use social media for that really, and we’re kidding ourselves if we think that’s why they’re logging in.

It’s a side purpose, and one that is necessary for many of these networks to remain in existence (somebody has to pay for these things after all).

Most social media sites have become no more than display advertising platforms for brands. They’re not a place for engagement and conversation galore, they’re display advertising. Just look at how everyone is relenting the decreased organic (i.e. unpaid) reach on Facebook as a money-grabbing opportunity. Is it? Or is it because there are suddenly a lot more posts from people’s friends (and brands they’ve Liked) to display on the News Feed, a space with limited real estate? As more people and brands jump onto Facebook, the problem will only compound.

But that doesn’t matter. Us experts will tell you about the ‘pay to play’ model Facebook is now using, or how teens are fleeing Facebook to spend time on other channels, then sell you into using Twitter, tumblr, Reddit, Vine, Vimeo, Instagram, Google+ or even Snapchat. It’s a sales opportunity, and it’s in our interest to drum up some controversy and fear about Facebook’s ‘imminent decline’. Our expert role should be to ensure that you, the client, is always on the latest and greatest platform — and that we’re there first, to make sure we stay one page ahead. Because of course, who will you call when you hear about how Facebook is no longer the one-shot-kill?

So what really is the solution? What should I use?

While I sound like I’m a snake oil merchant here finally confessing my sins before retiring to a private island with my fraudulent millions [lol: if only], I do think that what I do has value. I don’t have a problem at all with telling a client that social media isn’t for them, whether because:

The work I really enjoy doing is identifying whether social media really is working. As someone who spends a lot of time in statistics and data analytics land (I was into stats before I was into social media), most existing evaluation methods and approaches used in social media are ineffective, downright wrong, or too easily spun to make anything look successful (it’s Lies, Damned Lies and Statistics all over again). Part of that is because brands seem to think that as their marketing spend (on any channel) decreases, they should spend more on execution than evaluation — when in fact, it should be the opposite. When you’re cash-strapped you should be spending more time and money working out what works rather than continue shotgun marketing your way to success.

Sadly, not many ‘social media experts’ understand statistics or economic principles (which is what one needs to calculate return on investment with any real confidence). Which is a real loss to them, and their clients. I’m not trying to sell you on me as an expert here — there are a number of people who do evaluation really well, but sadly they’re often not the people who are asked about it. Or not enough budget/time has been put aside to do it properly.

Another thing that I feel I need to point out here is that there’s an inherent conflict of interest in asking the same person/group to evaluate something that actually executed the work. I haven’t (ever) heard a story of an agency coming back and saying “that $1.5 million was probably wasted, you should’ve only spent $600k on a smaller campaign.” There is a lot of value in independent, third party evaluation or audit.

To sum things up, here are the top 10 ‘social media expert secrets’ that you’d normally pay to hear (not from me — my mantra is a coffee’s worth of advice is always free).