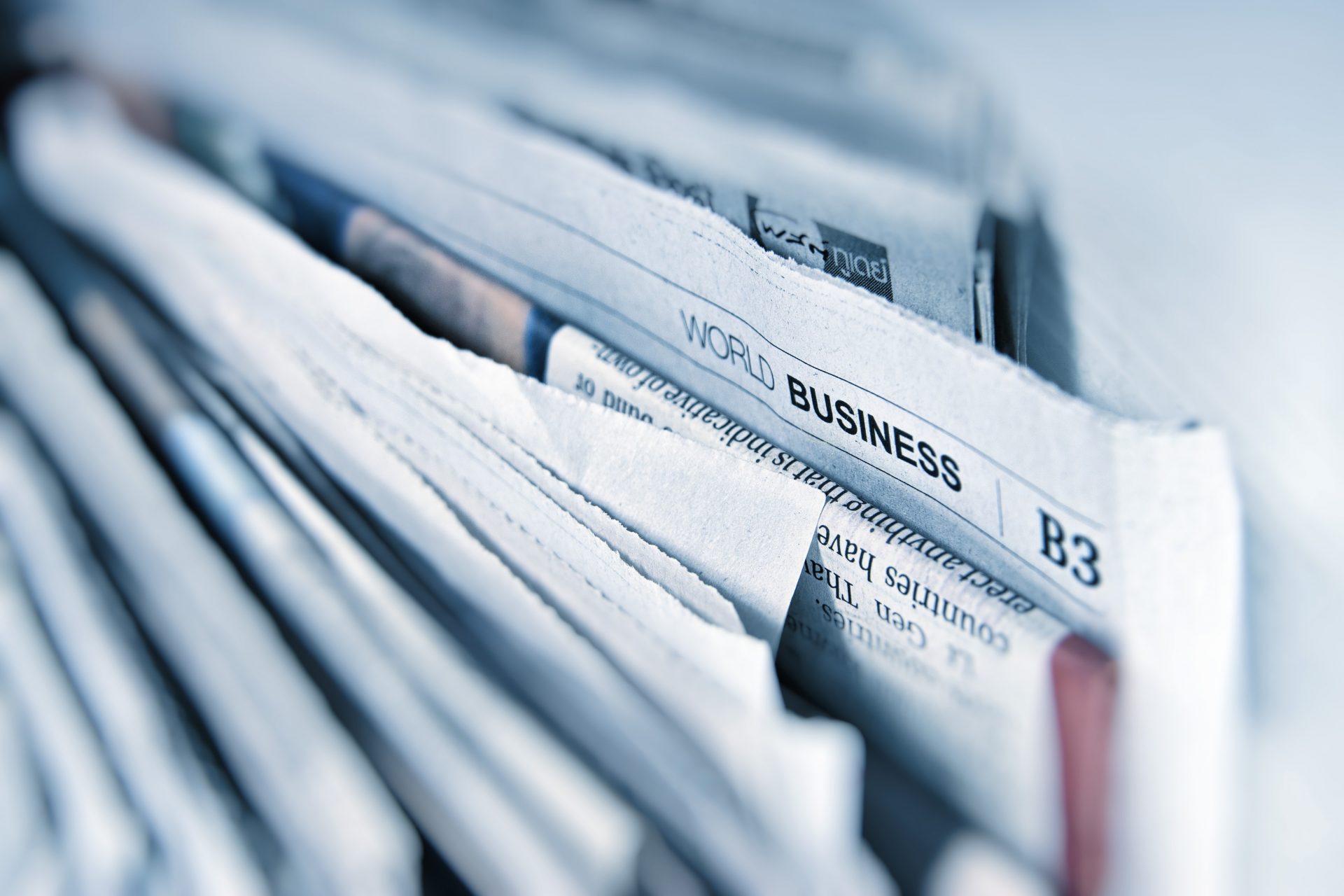 I was shocked to see in the 2017 Startup Muster report this chart about the support that people said they needed: 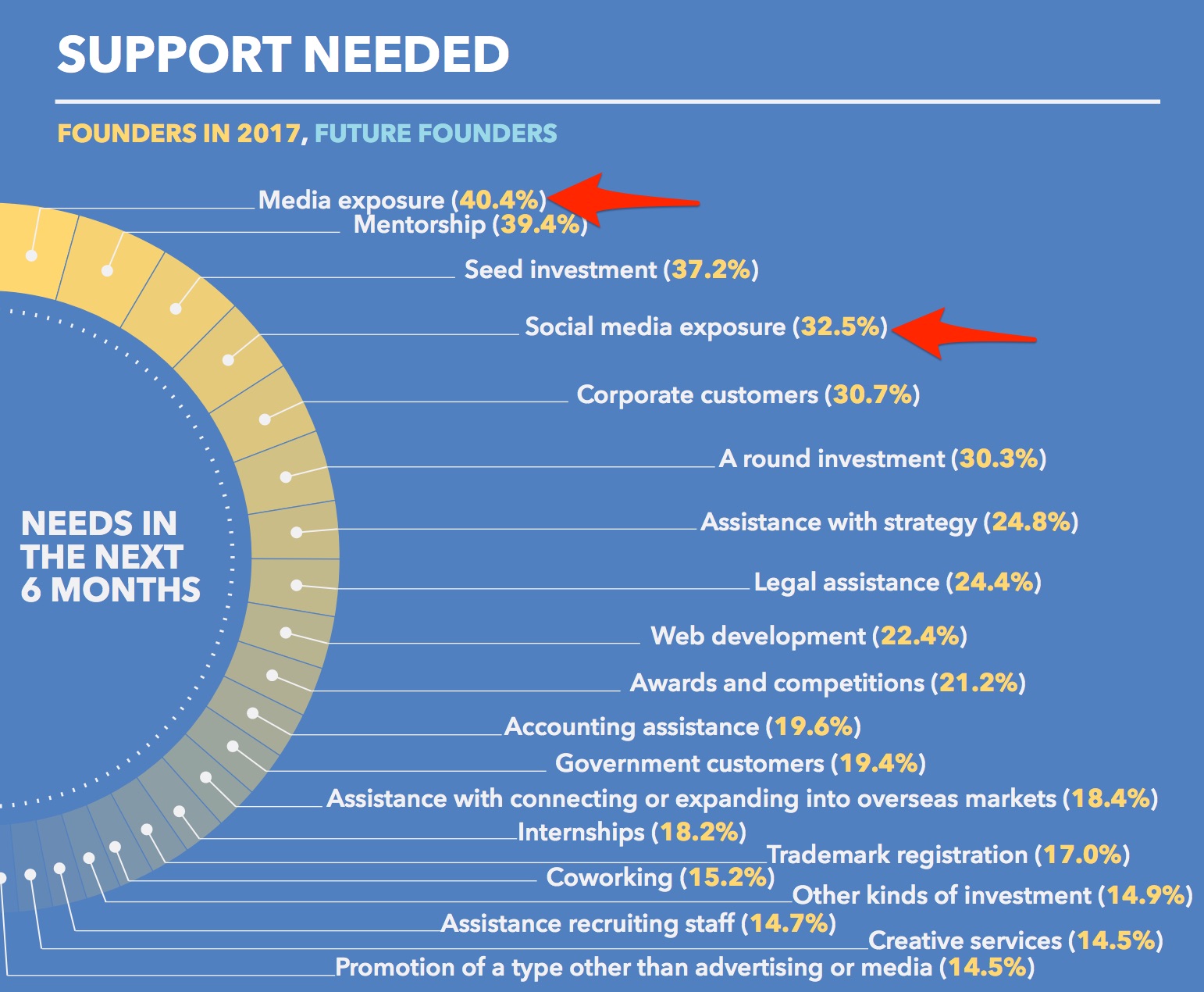 So a lot of people (it was a multi-select question if I remember correctly) said that what they needed was media exposure or social media exposure.

Media exposure or broad recognition from the public will not make your startup successful. It’s just another distraction, and a huge one at that.

Founders chasing PR and wanting to be recognised walking around in the street aren’t likely to ever end up creating a long-lasting company, instead being too focussed on their own vanity metrics.

News flash to everyone who asks why the media isn’t covering their startup: it’s probably because your startup isn’t newsworthy or interesting. That’s fine! Whether something is ‘newsworthy’ from a media perspective doesn’t mean that it’s bad, or won’t be successful.

Like everything else, you think that your startup is the special and unique flower, and does things differently to every other business on the planet. This is usually a necessary but not sufficient part of a startup, but journalists are not affected by it, as they hear 1000 pitches a day, all of whom think they are unique and special.

When is PR good?

The utility of media is increased as your startup becomes later-staged (well past ‘early adopters’ and into the ‘early majority’ segments) – with the caveat that you want targeted media, not any media. If you’re a B2B company selling a solution to telcos, being featured in the Daily Telegraph won’t help you too much, but your mum will tell you it’s a lovely article. Some small niche telco news site with 10k monthly page views (exclusively telco execs) is far more likely to be useful to you.

Media attention can also help with hiring. People like to work at sexy businesses, and often ‘sexy’ is equated to ‘who I see in the media’. This is normally not a problem until you are a (relatively speaking) ‘big’/later stage startup.

Media coverage and PR is tied up in brand perception and building brand equity. Few startups have this as their core problem – with some exceptions in certain types of customers, brand equity isn’t something that makes or breaks a business.

I think that a lot of this desire for attention is from seeing other startups in the press. It’s a circular argument: other startups spend a lot of time (/money) to get press, so I should too, and the cycle continues.

If you’re at a later stage, you should have the kind of people internally (head of marketing/PR) who can make the informed decision of when and how media will be useful based on real metrics, like conversion rates, hiring challenges or sales cycle times.

But when is it good at an early stage?

Media is good in situations where your target customer segment makes purchase decisions based heavily on brand equity or trust. Media is one of the channels useful to build this sense of trust – for example, someone who ‘sees you in the paper’ is less likely to see you as a high risk startup, even if perhaps you are. 1Not all customer segments is like this! This is mostly only relevant for situations where you are building a big core system for them that is perceived as high risk (e.g. banking for consumers, CRM for businesses), and you falling over or disappearing will cause them a whole lot of pain. Fun fact, this also applies to getting venture funding, even if you don’t need it. Corporates use strange data points to make decisions sometimes.

Media is also useful when you have an incredibly broad customer segment – fashion is probably a good example here.

Media should never be your only channel.

Regardless of your stage, media should never be your only marketing channel though. It’s one channel in the universe of channels. The time (/money) that you allocate to it needs to be proportional to other channels.

So stop saying you need media attention. Stop hunting it and feeling jealous when other startups end up in the media. Media attention for early stage companies is rarely proportional to long-term success2It’s more random than that – some do well, others do poorly. There are examples of both, but I definitely wouldn’t say that there is a long-term trend of success..

The one thing to focus on: getting customers, and knowing where they are coming from.

The best way to ensure success for your startup is to focus on getting customers. Particularly at the earlier stages, media isn’t going to really move the needle.

Never forget one of the most important questions to track and/or ask – why are your customers signing up? Make sure you have systems and processes in place to evaluate each marketing channel.

(You can read a take that is the polar opposite on the same data – from a different lens – from Rampersand’s Paul Naphtali here).

1 Comment → No, your startup does not need exposure. It needs customers.